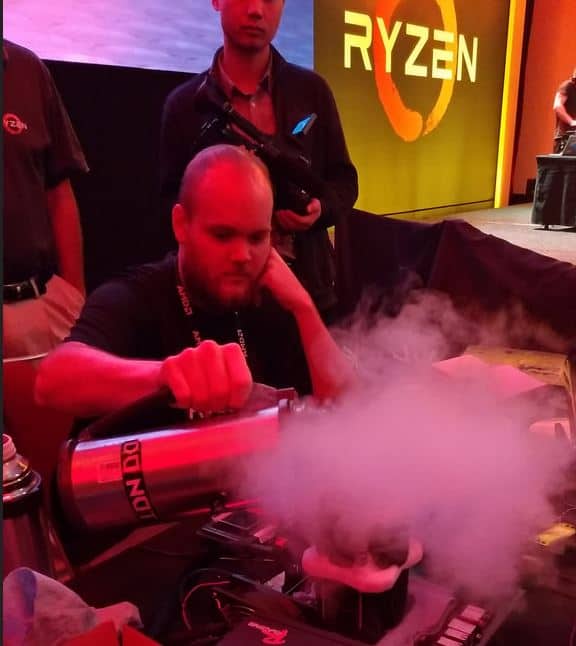 In the past 20 years, there was not many people care about detail about overclocking or gaming PC. Over the last 5 years Intel always dominates the market with their dominant single-core CPU performance, an upgrade to the latest technology would unlikely give you a good increase in production. And this year AMD’s Ryzen promised to provide an excellent reason to try this processor; it offers extra core with a relatively cheap price range in history.

Contents show
Best Budget Processor in 2017?
Find Suitable Ryzen Motherboard
Here is the best budget Ryzen gaming motherboard comparison:
1. Asus ROG Strix B350-F Gaming
2. Asus Prime B350 Plus
3. MSI B350 Pro Carbon
4. MSI B350 Krait Gaming
Msi Krait Gaming vs. Tomahawk
5. ASRock AB350 Pro4
Let’s wrapped it up,
Here are the best budget motherboards for Ryzen 5 1600x :
What if Ryzen 7 using B350 Chipset Motherboard?
X370 vs. B350 For Overclocking
Best Affordable Ryzen B350 Small Form Factor Motherboard
Best Budget B350 motherboard for Ryzen 3900X, 3800X, 3700X, 3600X and 3600
What you are missing in the latest motherboard feature? Is it worth it?

Entry-level Ryzen 3 1300X will be facing head to head with the Core i3 7300 and The Ryzen 3 1200 vs. the Core i3 7100. As for performance comparison, Ryzen is the solid winner. It because Ryzen 3 has a better multi-threaded performance at affordable prices and almost any criteria Ryzen surpass entry level product from team blue except single core performance, both Ryzen 3 processor beat out both of processor from Intel.  Although some game single-core performance could be still better in FPS gain, in the future and higher resolution may be not.

All Ryzen product is unlocked and easy to overclock, and if you spend more time to OC and find the best tune, I think the gaming performance can match team blue or even surpass. Intel locked their processor unless you bought K series which you won’t find that product at the entry level. Overclocking is fun, and it can be a good experience too when you can see the proper setting.

So picking Ryzen for entry level is the best idea, and it has excellent value at this price. Though as always OC, you need to find the best motherboard for overclocking, the result may vary and make sure you get decent cooler The Wraith Stealth include in the package is good, But it’s not enough to handle extra heat at certain level overclock, to comfortably overclock extremely. Ryzen 3 has true quad-core already and robust performance in multi-tasking and other productivity work.

Any Ryzen and AM4 motherboards you can learn more here AMD Ryzen Official Site.

What you need is best motherboard for overclocking but for entry-level Ryzen is it worth it to pair with high-end motherboard X370? Nope, if you are using Ryzen 3 or 5, it would be better to pick more value chipset motherboard from AMD, just like the B350 is the best choice. Unless you want to take X370 advantages using dual GPU NVIDIA SLI in the future or you want to upgrade your processor to Ryzen 7.

The B350 chipset is the right choice for the mainstream gamer and budget overclocking motherboard. If your budget is not more than 500 bucks and hard to spend more, just pick Ryzen instead team blue and get B350 motherboard because FPS gains more from putting money into a better graphics card.

Also, there is A320 chipset motherboard that tends to be more budget choice for a gaming rig but sadly not supports CPU overclocking, so B350 is a kinda sweet spot for AMD enthusiasts. If you are just want to play game, you can find more here A320 budget motherboards review.

Update: The latest AMD Ryzen motherboard that ideal for a mid-range 2nd Generation Ryzen, you can find at best budget b450 motherboard article.

I believe Asus put extra attention to this motherboard, for budget class Asus ROG Strix B350-F Gaming is beyond reviewer expectation. It almost same quality and performance with higher prices for an enthusiast like Asus Prime X370-Pro.

ROG SupremeFX High Definition Audio CODEC S1220A is top notch onboard audio quality; it is a different area with common Realtek audio ALC1220 codec, a little bit surprised at mid-level chipset motherboard using the best sound quality, for Ethernet Intel i211AT is something special too. Storage performance is excellent and there tons connectivity on this motherboard. UEFI and software look like Asus Crosshair Hero VI.

Even without too many RGB LEDs, this motherboard looks so amazing,  it the most aesthetic B350 motherboard and great layout.

For overall, this motherboard is an excellent choice.

Let’s have a look at motherboard this motherboard, B350 motherboard with  2 x PCI-E x16, 2 x PCI-E x1, 2 x PCI, memory slots with 16 GB RAM modules up to 64 GB. Asus Prime B350 Plus is one of the cheapest B350 motherboards so that you won’t get a fancy feature or best lighting RGB LEDs out there. AM4 motherboard onboard graphics won’t be active for Ryzen just like the others, it’s only active when using APU, so you need to buy add-on graphic card first when you are using Ryzen processor. But do you need that features like USB 3.1 type-C on its backplate, if you are not enthusiast hardware It might be some premium features from the premium motherboard is may useless for you?

This motherboard is for you that need decent performance in gaming and overclocking with affordable price. Luckily this mobo still supports 2 way AMD crossfire but not NVIDIA SLI.

With 5X Protection III,  ASUS promises that  Asus Prime B350 Plus is implemented the best circuit design and manufacturing standards. ASUS have their quality standard that already proven for last decade. Low-cost motherboard, but still really have the quality to offer.  There are onboard temperature sensors with PWM/DC mode detection and good software the Fan Xpert 2+ for more customization.

Using the same level VRM as X370 Pro Carbon or Krait, this ensures proper power delivery through all component and 8+2 phase VRM design I think It is the best power delivery in the B350 motherboard. So, it has functional advantages especially for overclocking stability.

Nice aesthetic mobo with carbon looks could be preferences, and it has excellent layout everything looks proper. Mystic Light RGB is unique, many options to customize with 7 colors and 5 effects even you can control LED remotely, just Install the MSI Gaming Application to your smartphone.

The other features like PCI-E Steel Armor,  DDR4 Boost with Steel Armor, M.2 Shield, Click BIOS 5 and NVMe support with M.2 Shield. I think this is the best B350 motherboard right now.

It almost on the same level with B350 Pro Carbon, the significant difference is about the look, and Krait Gaming is around 20 bucks cheaper. It has one the best power delivery and the best VRM of any B350 motherboards. Pro Carbon seems to look more eye-catching with carbon looks and sweet when LEDs is turned on.

So if MSI B350 Krait Gaming vs. B350 Pro Carbon I think it depends on what you need. If you are eager to spend a little bit more or when B350 Pro Carbon get the excellent discount just take it.

ASRock AB350 Pro4 is simple but the stable motherboard, offer exceptional performance for overclocking Ryzen 3 or 5 processor. If you are a tight budget, tend to build PC for mainstream gaming and learn to overclock Ryzen 3 this motherboard is the excellent choice.  It’s not the best B350 motherboard feature for sure but it the attractive option for some people who don’t need any extra features.

Let’s wrapped it up,

Asus ROG Strix B350-F Gaming (check price on Amazon) is the best of the bunch, feature-rich,  and very aesthetic one; it’s an excellent all-around B350 motherboard. The second place is MSI B350 Pro Carbon (check price on Amazon) or Krait Gaming (check price on Amazon), both motherboards come with best power delivery and it also significant advantages if you want to upgrade to Ryzen 7 in the future and do moderate OC. But Asus ROG Strix B350-F Gaming still slightly better in overclock and benchmark performance when stick to Ryzen 3 and 5 for the long term and you will surprise with sound quality. I suggest you keep the eye on price,  which one gets a good discount just take it.

Here are the best budget motherboards for Ryzen 5 1600x :

That’s all, go check best Ryzen motherboard if you are an enthusiast and good gaming motherboard for value x370 chipset.

What if Ryzen 7 using B350 Chipset Motherboard?

There will be no problem if you pair B350 with Ryzen 7 for daily productivity, the problem starts when you are trying to overclock you Ryzen 7 into limit then you shall upgrade to the best X370 chipset. All B350 chipset won’t support SLI but only AMD crossfire.

Overclocking Ryzen 7 1700 or 1800x with B350 chipset is not suitable for long-term use, limited VRM  can cause more heat especially for 24 hours gaming in OC condition. Off course, high-end X370 chipset will be the winner, not only from chipset but some manufacture implemented premium quality material, extra feature, and also software that will help you to overclock your processor.

It will be different chase if you are using Ryzen 3 or 5,  budget B350 lists that I mentioned above is the exclusive motherboard, the power delivery is sufficing could be the right choice for Ryzen 3 and 5, also Ryzen 7 if there is no plan of extreme overclocking.

It’s insufficient choice because of the very segmented market, but here is stable mobo one:

If you are questioning about how AMD promise about their processor backward capabilities on the old motherboard. That still positively happens, even cheap B350 motherboard just work fine for the Ryzen 3000 series. Moreover, The 3rd generation AMD processor offers a real improvement in overall performance compared to 2nd AMD generation processor for sure, that makes the blue team so conscious and has a plan to cut price on some of their processor prices.

Budget B350 motherboard just work fine for Ryzen 3000 series and no major issues reported, just make sure to use the latest BIOS update from the motherboard manufacturer.

What you are missing in the latest motherboard feature? Is it worth it?

The PCIe 4.0 support is the main feature that missing on any old AMD motherboard, but I bet PCIe 4.0 still has a long way to go for finding its true performance, the next-Gen GPU itself I guess won’t be a really big jump from PCIe 3.0 maximum capabilities. Except for some major SSD producers already published PCIe gen 4.0 SSDs with remarkably high-speed transfer rates nearly 5,000 MB/s, it will be so expensive for sure.

B350 has limited memory overclocking capabilities, but it should be not a big deal for just gaming. Using old budget B350 motherboard for advanced overclocking the latest Ryzen is not a wise option.

Did you really need the fastest SSD, boost memory, and to push Ryzen 3000 to the boundary soon? Then you should grab the flagship X570 chipset. But just for gaming, there is no real difference in FPS between old and the latest chipset motherboard, even B350 just go fine paired with 2080TI.

I would suggest using the best B350 for a budget PC gaming based on Ryzen 3000 not for overclocking purpose because of inadequate VRM power, and clearly to paired it with lower to middle Ryzen CPU is the most suitable option. The 8 core Ryzen 3700X should be the best choice.

thanks to my fellow gamers,
“ASUS ZenFone 3 Zoom 手機實拍” by Sinchen.Lin is licensed under CC BY

3 thoughts on “5 Best Budget Ryzen B350 Motherboards For Overclocking”