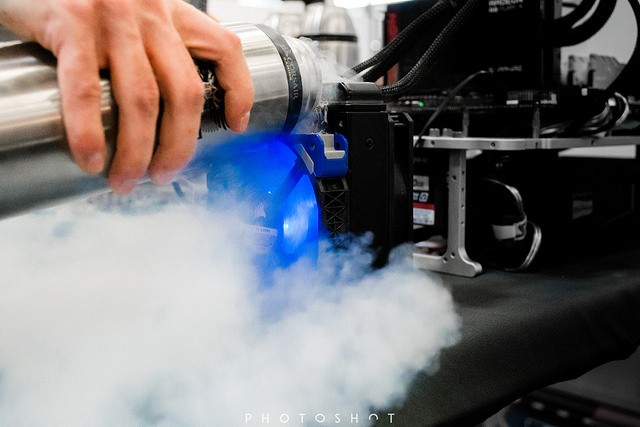 B350 chipset still an exceptional mid-range AMD motherboard in 2019, it offers great overclocking capabilities and useful features for gaming despite a budget class motherboard. But the 2nd Gen 12nm Ryzen is already launched, and we need the next best mid-range budget motherboard for Ryzen 7 2700X that offers what gamers and overclockers really need in 2019. So, can B450 chipset replace the B350 chipset?

The previous chipset motherboard X370 and B350 could still serve the latest generation Ryzen through BIOS update, even some best X370 and B350 motherboard already have the best VRM implementation that surely can handle the power 2nd gen flagship processor to the maximum.

Actually, only a slight enhancement in overall quality just like better control of memory tweaking and some native features AMD’s Extended Frequency Range 2 (XFR), Precision Boost technologies 2 (PBO) and AMD StoreMI connect the SSD and HDD to get a fast and high-capacity system, might still you get on B350 motherboard by updating Bios but it depends on your motherboard manufacturer and for StoreMI technology you can buy the look like software FuzeDrive.

It’s not worth it if you have already the best B350 board just like ASUS or ASRock flagship one. But if you want to build a new system then buying a bundled board with numerous useful out of the box features means more practical and attractive options.

If you are looking for a more versatile system that can be used for gaming and also productivity which took benefit from an extra core then Ryzen 7 2700X is a great choice for you, or step down to budget workstation Ryzen 5 2600X or even 2600 still offer great all-around performance with a better price per performance.

If gaming is your main interest then team blue processor offers better performance at midrange processor line up, the Intel i7 9700K or i7 8700K will assure you higher FPS on some games.

But building an AMD system at mid-range rather a wise choice because it already gives you a lot of features especially for moderate overclocking and also you can save some money to get the other PC parts essentially a better graphics card.

However, it still needs time to the motherboard manufacturer to release their mature Bios for the latest Ryzen 3rd, wait a bit longer until they announce already fixes their Bios if you want to avoid the beta Bios mess. Or buying a motherboard with Bios flashback feature will be the most helpful alternative.

I think pairing B450 with the Middle-end Ryzen 3000 series (3600 or 3600X) is an attractive option. Hate to say the most current X570 chipset motherboard is not reasonable high pricing, I don’t know what happens with my favored value chip maker.

On the other hand, anticipating B550 chipset at the end of 2019 couldn’t be the better choice if you are looking for “just budget PC gaming” and some mild overclocking right now. Besides, if you desire maximum premium features, the X570 still the right choice.

So, I think B450 is the best budget for any middle-end 3rd Ryzen Generation, to pair it with Ryzen 3600 is a fantastic value choice. It is a sweet spot and an essential part to keep some dollars for a better GPU.

Or just go with the latest X570 chipset motherboard https://goodgamingmotherboard.com/best-value-x570-motherboard/

The MSI B450 Gaming Pro Carbon AC board assembled with tons of useful features that normally seen at an expensive high-end gaming motherboard. Surprisingly, a budget motherboard that produces excellent power delivery that still can boost the flagship 2700X reaching potential performance and also a proper heatsink cooling to prevent it from throttling.

This motherboard also presents a great looking board, a carbon fiber accents with RGB allowing numerous of LEDs customization with a valid MSI mystic software, it’s a solid motherboard with good layout design, I assume this motherboard has pretty good balance.

Six SATA ports and dual M.2 ports supported by an AMD’s StoreMi technology that can deliver a smoother and quicker load storage performance.

The Intel Dual Band Wireless-AC 9260, the wireless solution that provides
802.11ac WiFi 2.4 or 5GHz up to 1.73Gbps plus Bluetooth 5.0. For a budget motherboard that is a really great implementation. Further Intel I219V LAN also offers decent wire networking performance.

BIOS flashback plus give you a vital advantage to run BIOS update even if there’s no processor and memory yet. MSI B450 doesn’t have offset voltage control so it won’t hold PBO perfectly, it better if do OC manually.

MSI added an alternative line concerning high-quality VRM B450 mobo but with more budget price, the MSI B450 Tomahawk VRM should be fit enough to match with a high-end Ryzen processor 2700X overclocking flawlessly. It also has excellent heatsink implementation.

ATX board has a nice clear black and grey color, feels more neutral then previous Tomahawk coloration, and also added high-grade component besides comprehensive bling, multiple RGB LEDs customization, with some extra, LED strip connectors. It looks like a high-end motherboard rather than a budget one.

As budget motherboard, there must be cost-cutting in some points, for instance, the old audio implementation using Realtek ALC892 codec, well for me that’s really disappointing but you can buy a decent DAC separately for more better sound experience in gaming. And so, the networking solution that implements Realtek RTL8111H rather than more popular Intel LAN, Realtek LAN as far I know have some problem against the driver, though the overall performance is may not noticeable. And last, there are no out of the box wireless solution ensemble.

Overall MSI B450 Tomahawk is offering pretty good value for overclocking the 2700X and attractive looking board but lack of offset voltage that could be useful for PBO, but with fewer features might be problems for you. Just make sure you don’t need better sound and better networking solution, otherwise, B450 Pro Carbon is still the best option.

ASRock B450 Gaming K4 also managed to the mid-range budget Ryzen motherboard competition, should perform at adequate power delivery for any Ryzen processor but surely don’t do advanced overclocking for everyday work. It also comes packed of useful features that usually implement on a high-end motherboard. This is a worthy motherboard and good all-rounder performance.

Not a fancy looking motherboard but aesthetically desirable for a gaming motherboard. It has proper RGB implementation including additional RGB LEDs support by Polychrome Sync.

Conclusion, ASRock B450 Gaming K4 offers good enough VRM for Ryzen and high performer but there so many cutdowns in another aspect just like inferior audio and neither attached wireless solution.

The ASUS ROG STRIX B450-F Gaming is the best B450 motherboard from ASUS, great looking and feature-rich motherboard ideal for building a stylish gaming PC. As a popular ROG gaming brand, it still offers at a considerably inexpensive rate, however, it’s the B450 and a weak VRM quality may be the reason why this board is not great for overclocking the O-core 2nd gen Ryzen.

The B450-F might be the worse of high-end B450 concerning to VRM implementation besides it’s ruined by an impressive performance from MSI B450 and ASRock B450. So actually it has bad value for the money regarding overclocking, but from a different aspect this board actually an aesthetic gaming motherboard with a bunch of features.

Six SATA ports and also dual M.2 but there is no USB 3.1 Gen2 Type-C,
Dual ethernet connection through Intel I211-AT and also 1x Gigabit LAN Controller should be no worry about the performance but there no wireless installed.

The B450-F Gaming might not the best B450 VRM currently, but for just defined as a gaming rig, it presents bang for the buck in the market for Ryzen stylish aesthetics and comprehensive bling.

Gigabyte B450 Aorus Pro WIFI, popular brand upon a good gaming motherboard. Just like the ASUS ROG B450-F board, Gigabyte seems to be missing its power delivery performance comparing the other competitors. While it doesn’t tend to be the best overclocking motherboard at B450 chipset competition, this new motherboard rather has high value for common gaming needs and tons of useful features.

Though this is a budget board, Gigabyte B450 Aorus Pro still presents you with an attractive looking board, almost similar to the high-end X470 design. The solid motherboard also comes presented with broad RGB LEDs, RGB power switches, and extra addressable LED headers.

Realtek ALC1220-VB codec intensified standard Realtek audio with 114dB for the back panel and 110dB SNR at Front panel using high-grade WIMA audio capacitors and Chemicon audio capacitors. ALC1220-VB offers the best in the game experience and it a lot better than any integrated sound motherboard.

For the networking solution, the Intel I211AT controller is applied and the wireless 802.11ac controller that supports up to 433 Mbp and also Bluetooth 4.2. For the coverage 6 SATA alongside Dual NVMe M.2 PCIe SSDs in RAID.

Overall this board that makes it clear this is a great value board with WiFi inclusion, the Gigabyte B450 is better if matched with 2500 or 2600 Ryzen processor with mild overclocking for everyday activity.

MSI B450 Pro Carbon is merely the best and wise option for an excellent VRM quality also good packed with useful features, this motherboard has a very reasonable price point.

And the second option goes to MSI B450 Tomahawk which also offers excellent VRM at the reasonably low price although there are several cut-down in other aspects.

MSI is the game-changer in this B450 criteria, but you must notice that the MSI board has some issues on their voltage offside, which means you can’t properly use the PBO feature. The MSI B450 currently offers the best for overclocking at a budget board, but for sure if you really want tweak 2700X or 2600X to maximum power then X470 chipset is a still valid option.

ASRock B450 Gaming K4 might be a good choice for sufficient power delivery for overclocking the Ryzen 2nd gen but really recommended to paired with Ryzen 5, it supports triple monitor also possess dedicated power for competent APU overclocking.

If you want the good looking motherboard with great packed of features just like high-end motherboard without concerning raw power for overclocking, then ASUS B450-F Strix Gaming and Gigabyte B450 Aorus Pro Wifi are the best suited for you.

That’s all for the best b450 motherboard… will update soon.

LIQUID NITROGEN IN ACTION by Photoshot licensed under a .