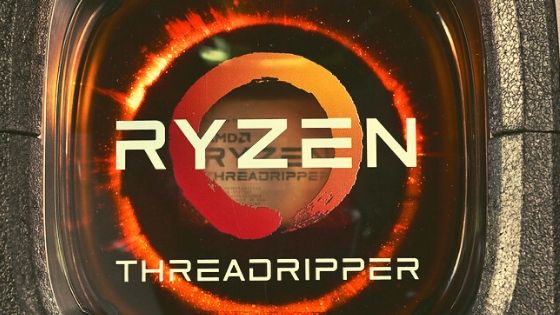 By the release of the Threadripper 3960X and 3970X, the most precious HEDT market belongs to the AMD Threadripper chip right now. You just need the best TRX40 motherboard to complete this Threadripper beast but it isn’t going to come for a cheap cost.

But if you are a professional worker or content creator that demands to save some valuable time, bringing the latest Threadripper 3000 and a quality TRX40 board is truly the best choice.

The Castle Peak is the perfected version of the previous Threadripper, AMD fixes several weaknesses to be granted a significant jump in overall performance and efficiency. Insane application performance, exceptional single-thread performance improvement and even excellent at gaming performance although its workstation stuff after all.

Threadripper 3960X might be the sweet spot for content makers that need a HEDT processor and massive in multi-core programs. Threadripper 3960X into 24 cores and 48 threads that run at a 3.7 GHz base and 4.5 GHz boost.

The AMD Threadripper 3960X is a monstrous processor, polished single-threaded performance and PBO work like a charm. It’s a beast chip, hammering almost at all benchmarks when compared to Intel, generally for photo editing, video rendering, and 3D modeling.

Even more, the new flagship Threadripper 3970X comes with 32 cores and 64 threads, which is just a phenomenal workstation processor. AMD asking for a more extra cost but if you are a professional or on the expert team that making enough money from your 3D/video rendering then it could be worth it.

There is no near Intel I9 catch the 3970X performance on the most productive application, but for many games the Intel still the winner, but again the gap becomes slighter and slighter than before. Thanks to the remarkable increases in single-core performance on the IPC and faster frequency.

Updated: the monstrous Threadripper 3990X comes with 64 cores and 128 threads, which make it on a different level compared to the 3960X and 3970X, 3990X offer notable jump on the productive application but the prices spike nearly twice of the 3970X, though it’s not about the price to performance ratio anyway.

Overall, if you are a content maker who needs a monstrous performance that simply outperforms all HEDT CPU right now, it’s the best choice. But don’t forget the important thing to build this monster Rig is a comprehensive TRX40 motherboard including excellent third party CPU cooling option.

For more budget content makers, Ryzen 3950X could be a perfect choice.

You need to get the brand-new TRX40 Motherboard to run these CPUs, which could be disappointing for some people that already have old Threadripper on the X399 mobo and having the plan to upgrade their processor only.

But this new motherboard offering completely insane upgrade in quality, the TRX40 motherboards are on a completely different level with the mainstream AMD’s mobo or X399 chipset.

Most of TRX40 appeared to be a very well-made motherboard, that could be because of some serious computing, exclusive and pricey stuff hereabouts. Just like what AMD said about the new TRX40 platform, which developed just for anyone who takes their time seriously.

The Most Ideal TRX40 Motherboard For You (Comparison Table)

The 3rd Gen Threadripper 3000 is absolutely a beast, that should be paired with an exceptional motherboard too. And Gigabyte TRX40 Aorus Xtreme is just the perfect mobo for housing the beast but does come with an insane price.

Gigabyte made everything possible with Gigabyte TRX40 Aorus Xtreme, a high-end cooling system with a massive finned heatsink handle superbly overkill VRM design could be one of the most powerful power delivery as I ever know.

Next-Generation of Infineon PWM controller with truly 16 phases 70amp power stage each without doubler or parallel plus another 3 phase for dedicated SoC. This motherboard is in the black lovely looking board, artistic RGB, with full nano carbon baseplate.

Internet becoming faster and faster in the coming years, and Gigabyte already anticipated that on this board, with pre-installed Intel X550-AT2 provides dual 10 GbE and Intel WiFi 6 802.11ax, Bluetooth 5 including 2X Aorus antenna.

Also, it loaded with plenty of USB 3.2 Gen 2 connectivity. Front and rear USB 3.2 Gen 2 Type-C, and more 7x Type-A back panel. The Front USB 3.2 Type-A supports USB TurboCharger and the most significant improvement is Thunderbolt 3 header.

With the overall best quality component and well-designed motherboard, right-angled connectors design, and loaded with the latest generation of technologies and features. Aorus Xtreme deserves being a flagship TRX40 product, future proof for many years to come. The downside is just the insane high-price. Might the best TRX40 Motherboard for the monstrous Threadripper 3990X.

ASUS ROG Zenith II Extreme, everything about this motherboard is a monster, 10K Japanese capacitors, large VRM heatsink plus extraordinary 16 Phases 70A power stages and 3 phase for SoC VRM including an active cooling solution.

The Zenith II Extreme is the ASUS ROG’s flagship motherboard, ASUS launched its gaming brand on a workstation PC section, so expect some cool gaming features on this board.

The SupremeFX S1220 codec and SABRE9018Q2C produces an excellent balance for high-end audio clarity and great soundstage, It provides excellent gaming or movie experience. Sonic Studio software giving the best effect tweak option for your headphone and it also supports DTS Sound Unbound technology for the next level of virtual 3D space.

ASUS pushed their gaming ROG brand on the workstation share, the result is this motherboard remarkably great for gaming and lots of overclocking features such as ROG Water-Cooling Zone, onboard button and additional Fan Extension Card II (extra fans, temp. sensor, RGB). But of course, it’s an insane expensive board, the TRX40 motherboard won’t be cheap anyway. Also the best suitable motherboard for the Threadripper 3990X.

MSI TRX40 Pro 10G is a relatively more affordable TRX40 than the previous mobo, the overall quality and feature-set are still valuable. Massive heatsink, stacked fin array for better cooling. Utilizing 6×2 phase 90A ISL99390 power stages and 3 phase for SoC is quite good for any 3rd Gen Threadripper, as long as you are not doing extreme overclocking.

Might not too intense VRM implementation utilize true 8 Phase 90A, but it’s still safe for the 32 cores 3rd gen Threadripper daily workload. The massive aluminum alloy heatsink plus effective cooling solution pushes the temperature on the low level.

The new standard audio quality Realtek ALC4050H + ALC1220 codec might just good enough, 8x SATA 6Gb/s and triple M.2 NVMe should be enough for a storage solution. And surprisingly, there is a lightning-speed 20 Gb/s USB 3.2 Gen 2×2 Type-C on the back panel plus one USB 3.2 Gen 2 Type-C header.

ASRock TRX40 Creator is the best value TRX40 motherboard so far. Ideal for the content creator that needs 10G LAN, USB 20 Gb/s and good for gaming.

Moving to the cheapest TRX40 platform out there, the Gigabyte TRX40 Aorus Pro WIFI surprisingly is a good quality motherboard. 12 phase 60A without doubler and 2 Phases for dedicated SoC, overall it’s still good enough for 32 core processor.

It’s hard to complain about what you get from the motherboards, compared to the cheapest Threadripper processor is more than a thousand bucks. But this board still loaded by a bunch of new features, 8x SATA 6Gb/s ports and triple M.2 NVMe are quite plenty for an entry-level motherboard.

Also lots of high-end connectivity by a USB 3.2 Gen2 Type-C 10Gb/s on the back and front panel, more 5x USB Type-A on the back panel. No USB 20Gb/s but there’s 1x Gigabyte add-in card connector for Thunderbolt 3 card upgrade later if you demand 40Gb/s bandwidth.

A single Intel I211AT Ethernet might be the downside for workstation-class, but the next-gen wireless support implemented on this board, Intel AX200 Wi-Fi 6 wireless and also Bluetooth 5.0.

if you don’t need a lavish motherboard or extra features then this motherboard is just perfect for you. Even for safety, this board implemented past Dual-Bios tech and Q-Flash Plus. Overall, surprisingly a solid motherboard.

*featured image, a derivative of “Nikon-Nikkor-Micro-60mm-f2-8G-ED-8” by Sinchen.Lin Edited is licensed under CC BY