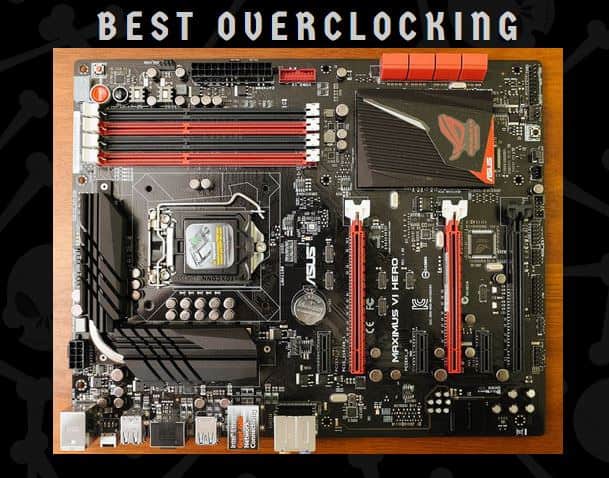 Now AMD updating their chipset line, X470 chipset as the best chipset motherboard, it’s not a significant improvement from its predecessor X370 though, but it sure if you want to build new PC using Pinnacle Ridge 2700x then it really a great option. Yet, buying the X470 means that you don’t have to update Bios concerning the 2700x processor and moreover to optimizing the new features.

Ryzen is very special for AMD fanboy that keeps waiting for a long time, at the low end there is Ryzen 3 which is relatively better performances than Intel i3 Skylake/Kaby Lake, you can check Ryzen 3 all with 4 cores. In the middle chart, there are so many option Ryzen 5 high gaming performance 4 cores and also 8 cores processor for smooth gaming performance and multitasking.

But if you are an enthusiast, overclocker, and AMD lovers Ryzen 7 should be on your lists, Ryzen 7 AMD 8 cores /16 threads. All Ryzen 7 has a slight difference and similar in gaming performance, overclocking, and multiprocessing.

All Ryzen processor can be overclocked, and some cores can be unlocked (rarely chase), building AMD rig could be so much fun, but don’t forget you need chose right motherboard chipset.

There are so many AM4 motherboard series right now, the X470 and X370 take the top level chipset for an enthusiast, board looking design, and for overclocking. Usually, some motherboard manufacture picks the premium components and multi GPU supports. The second class is B450 and B350 more value chipset but still has premium features and excellent overclocking performances without dual graphics support. A320 chipset is just for the home user and not for overclocking, while X300 and A300 is a small form factor which X is for the overclocker, and A is for the simple user.

B450 and B350 chipset is an excellent choice for Ryzen 5 and overclocks it; it has a lower power phase vs. X470, so it not a wise option for higher Ryzen series. The problem is stability, heat level, and like I mentioned above some X470 using better motherboard components and extra features. Also, I should skip A320, X300, and A300 from my recommendation, it’s not focused to be gaming and overclocking motherboards.

ASUS ROG Crosshair is one of phenomenal AMD motherboard if could say that, the latest motherboard has all premium features that you need for gaming and 12 Phase power design for overkill overclocking. X470 motherboard from ASUS made for AMD enthusiast level Ryzen 7 2700X. It is true; there are tons extra features from ROG to offer like the onboard start button, reset button, safe button,  retry button, and mode switch. For overclocking safe button is to make sure boot using safe configuration, retry button could be useful if you want to back to the previous setting and a slow mode is for extreme LN2 overclocking.

ROG Water-Cooling Zone also fascinating features with an integrated header for pumps and sensors, monitoring temperatures with ROG software via Fan Xpert 4. RGB LEDs technology in this mobo also offers various customization, with Aura Sync software you can set lighting option suit your preferences and your mood. Fan control with eight fan header as PWM and DC so many options to customize. Even without RGB LEDs, this motherboard has good looking, so for the aesthetic motherboard, I stand for this motherboard.

This motherboard is top notch X470 in performances, aesthetic and premium features that you need for gaming and overclocking.

Nowadays Almost high-end motherboard has the excellent quality of onboard audio, and it can compare to decent add-on soundcard.  Asus ROG Crosshair VI Extreme with S1220 SupremeFX give you the best audio quality with audio grade component, cutting-edge isolation technology, DAC ES9023, and upgraded Sonic 3 software.

If you are looking for the best X370 motherboard to push your Ryzen processor into maximum power, then ASUS ROG Crosshair VI Extreme is no contest, this is extreme X370 motherboard best in all criteria to be the best motherboard. Still, offer great performance for the 2700X on par with the new X470 Crosshair VII but some features may outdated.

Gigabyte X470 AORUS GAMING 7 WiFi is the top line of AM4 socket from Gigabyte until now, it has a bit higher price comparing others, but it seems worth it for every penny. With solid black color made this mobo looking so great and you can light up because there are many RGB LEDs to set, yeah but it matter of personal preferences.

ASRock X370 Tai Chi is the cheapest motherboard in this categories (*during discount), but surprisingly there stand out features to offer, just like out of the box Bluetooth and WiFi also extra SATA ports and M.2 slot. The aesthetic is the reason why I choose ASRock Fatal1ty X370 Tai Chi than ASRock Fatal1ty X370 Profesional Gaming, but again it’s only personal preferences. Both Tai Chi and Profesional Gaming in same level of performances and same exact motherboard, while to get Profesional Gaming you have to spend more money around 50 bucks to get dual LAN from Intel and Aquatic 5 G/s (Tai Chi get Intel Gigabit Lan) plus Creative Soundblaster Cinema3 software (Tai Chi Get Purity Sound 4) actually there is nothing else. So it depends, if I have to spend more than 50 dollars, I think it’s better to buy the ASUS Rog Crosshair VI Hero which is one of the best X370 right now.

With 12 power phase design which means high quality of component to ensure power delivery through the system, so it has really good advantages for overclocking, stability, temperature, and lifespan.

ASRock X470 Taichi Ultimate is definelty improvement from X370 Taichi, with the extra overkill VRM for the 2nd gen Ryzen and also what makes this board so special from the others competitor is the implementation of 10Gbe ethernet. Build quality also outstanding, sturdy motherboard for overclocking this is the best choice.

ASRock’s Taichi series has always been an excellent alternative. The advantage of having x470 Paired with 2nd gen Ryzen it offers better optimization of memory ram, out of the box support for AMD’s StoreMI technology.

Finally, to sum up

If you want to build a new system with 2gen Ryzen then it’s preferable to choose the X470 chipset motherboard, though, the Asus Crosshair VI Extreme and Asrock X370 Taichi can catch up the flagship X470 chipset motherboard performance, but it’s not practical when you have to update Bios and have to buy AMD’s StoreMI technology, I suggest consider to spend more money on the latest one.

For AMD X470 chipset I think ASUS still the real winner for the enthusiast, success to deliver what gamer and overclocker needs. Though all flagship X470 are having overkill power delivery for 2700X overclocking, ASUS offers all-around performance, better Bios including flashback Bios, great internal sound, overkill VRM, up to DDR4 3600MHz+ overclocking and more.

If you want to maximize the Wifi connection then Gigabyte Aorus Gaming 7 WiFi is the better one, it’s offer speed up to 1,73Gbps; also a bunch of RGB LEDs customization on the board and last but important is dual Bios feature.

For a budget term using the best X370 paired 2700X is totally fine, I guess Asrock Tai Chi is the right choice if you are looking for a beast at power delivery and 5 Gbe ethernet connectivity. Also ASUS X370 Extreme has flashback Bios which is useful for updating Bios without CPU and RAM.

I will update soon if there is the new motherboard with stunning overclock performances.