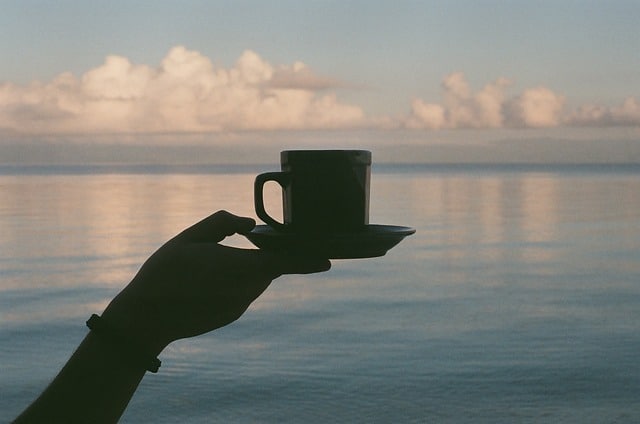 Intel response to AMD’s Ryzen so quick, Coffee Lake processors have launched, it’s the 8th Generation of Intel Core CPU list. A market segment to mainstream user who wants six core and four core for a budget choice. The Coffee Lake processors require Z370 chipset motherboard; it won’t work with the older motherboard like Z170 or Z270 motherboards. It seems less than one year after Z270 was launched, so Intel is fighting to take back the market from AMD Ryzen with a relatively cheap processor in 2017.

Relatively minor, the significant change is only CPU support. Some improvement could be better optimization on higher speed DDR4, power delivery, PCIe RAID and native USB 3.1. But there is no significant technology change implemented.

On the other hand, Coffee Lake offers better deals or cheap processor for gaming. It has better out of the box performance compare to Ryzen in same categories. Core i3-8100 is a special low end; it’s Ryzen 3 killer and excellent gaming performance. Core i5-8400 is a sweet spot for the mainstream user, and Core i7-8700K is the overclocking beast.

If you are looking to build budget gaming PC using Coffee Lake processor, that’s a great idea. Core i3-8100 will be the excellent choice since it best price/performance out of the boxed processor right now. The problem is Z370 is highest Intel chipset that means you won’t get this motherboard cheap. Intel won’t release their budget H370 and B360 mobo until Q1 2018, not sure budget chipset will be a better deal or not. Tech very vast moving, why should you wait for next year if you can find affordable Z370 motherboard now, you can minimize costs with finding the right motherboard with your needs. So here is my list of the cheapest motherboard from big brand board company.

Prime series motherboard usually a budget level for that chipset category from ASUS and one of the cheapest motherboard. Make sure you are not buying this motherboard for overclocking Coffee Lake into 5 GHz speed. This motherboard is a good pair with I3 8100 and I5 8400 or I7 8700 and decent cooling.

Not sure if you are willing to push your processor speed to the max with this cheap board, it very risky and not suitable for hardware lifespan due to heat, mediocre VRM cooling, and power delivery. But for gaming 24 hours itself, there will be no problem at all, as long as you stick with a stock speed of the processor, out of the box I3 8100 is good enough for 1080p gaming nowadays.

Dual M.2 support if you want to optimize fast storage technology, front panel USB 3.1 Gen1, and ASUS is well known of making stable and reliable motherboard so don’t worry about their cheap product after sales like claiming warranty.

Could be the cheapest Z370 chipset motherboard right now, just like others affordable motherboard categories, its lack of premium features set.  But at this price, you can save some money and spend it for other peripheral like decent graphics card and soundcard.

This motherboard can handle the best single graphics card without any problem, or even support 2-Way AMD CrossFireX. Typical Gigabyte motherboard always has dual BIOS so it will be useful if something happens when you mess the BIOS setting.

MSI board mostly provides better BIOS, overclocking performance and feature than the competitors in same price range categories, although nowadays many high-end MSI board was failed to impress user for a budget choice like MSI Z370 A Pro still good option to buy.

According to der8auer youtube channel that already made overclocking test MSI Z370 A Pro is the clear winner for cheapest Z370 mobo categories, it has better VRM system to avoid heat spread. Memory tweaking also good capable of reaching 3866 MH C18 without any problem.

It good enough for gaming pc build or work pc that doesn’t need any extra feature, while gaming is about the better graphics card or better soundcard that you can add or upgrade later, this motherboard a good choice.

Seeking gaming performance wise is not that expensive, a board like ASRock Z370 Pro is an excellent alternative to spend some money on the motherboard. Pro4 series is good value for money that cut off some unnecessary feature like RGB LEDs or armor look board that does not affect performance directly.

It’s the cheapest motherboard that can tweak memory ram speed to 4200 MHz C19, which is the best in this categories and could be better vs. higher price board.  Provides 10 power phase design which is excellent for this classes.

Which one is the best choice for cheapest z370 motherboard?

MSI Z370-A Pro is the best performance in this z370 motherboard, it has the better design, and won’t lose any necessary feature motherboard for gaming or office work purpose.  ASRock Z370 Pro4 also excellent choice it provides 10 power phase and highest memory tweaking in this categories. Both motherboards are definitely the excellent choice.

ASUS Prime Z370-P and GIGABYTE Z370 HD3 are not bad at all, it just ASRock and MSI slightly better at making a cheap motherboard. But again ASUS and Gigabyte is a well-known company that really good at handling aftersales.

Willing to spend some little extra money to get the feature that you need? (Best Value Z2370)

That a lot of stuff added just spend more around 20 bucks, should be good to consider GIGABYTE Z370 HD3P as the wise choice even for a tight budget level.

ALC 1220 audio Codec is very potential sound quality, the most high-end system using ALC 1220 with better audio grade component or stuff like that. But ALC 1220 itself is already good enough for gaming experience or home movie.

So GIGABYTE Z370 HD3P is the cheapest motherboard that you can get bunch cool feature until now.

Z370 PC PRO also a good deal for better USB 3.1 Gen2 connection versus the A PRO one, while at cheap level MSI gives a better overall performance, so it is good to jump to this motherboard.

If your primary system is just for a moderate gaming rig or work purposes, not tend to do extreme overclocking or tweaking then everything will work fine for long-term. Gaming-wise, graphics card give more effect on performance difference than the motherboard.

At this price range you won’t get onboard Wifi and Bluetooth, and hard to find enjoyable enough built-in audio.  Although ASRock claimed has 10 power phase, but of course, it different VRM level and changed component if compare to the high-end motherboard. So it’s just basic overclocking needs, and ASRock Pro4 don’t do extreme OC without an advanced cooling solution.

note: price can vary depending on its stock or other factors.